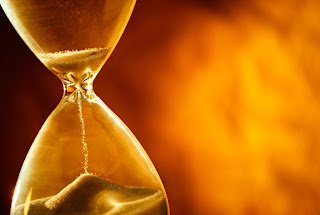 It’s that time of the year again folks, the time we look back at the year that was, and wonder, “what the hell just happened?”

And then we look ahead, hoping that the coming year will be better.

I had decided that new year resolutions weren’t my thing long back, and had focussed more on the outcome than the means, in fact, it was on the 26th of September, 2006 that I had decided (yes, decided) that 2016 was going to be my year.

I would own 2016.
I would be rich, famous, and most importantly, happy.

It was my 10-year plan, and as you might have guessed, things didn’t really turn out that way.
Never the one to give up (my PT teacher would disagree), I have decided to postpone joy for a year, and be a bit more detailed with what I want this time, and while at it, I have also decided to make your new year resolution for you, because all of us want more or less the same things from life, right?
So, here goes, in no particular order, the things you (and I) must do by 31st December 2017, or die trying.

2. Write more. All of us, no matter what profession we are into, need to write more. Be it personal diaries, letters, or legal notices. The tragedy of the 21st century is that the most writing we do is on WhatsApp – not a good idea. Writing is cathartic, liberating, and tells us a lot about ourselves. On a personal note, ‘the great Indian law college’ novel that I have been working on since 2013, needs to be finished, before memory fails and before it becomes totally out of sync with the times.

3. Get a six pack.
It was fine when Salman, Shahrukh and Aamir sported those washboard abs that you could probably grate cheese on, but now with Bunty from my housing society flaunting it, six packs, like PayTM and online shopping, has truly turned mainstream.  So hop on the fitness bandwagon, before you’re left out.

5. Accumulate enough knowledge on House of Cards, Game of Thrones, or whatever movie/book/TV show/flavour of the season that everyone is raving about, OR, improve acting abilities so that you can pretend to be ‘in with it’. Else, be prepared to listen to lines such as “WHAAAAT? YOU HAVEN’T SEEN ________?”, or the more disturbing “You should die already.”

6. Read more. Because saying it once isn’t enough.

7. Accept the ageing process. Gracefully. YOLO/YODO are all fine, but we can’t still look 20 when we are on the wrong side of 40 (not speaking about myself here). We need to accept this fact and ignore commercials featuring movie stars who have gone under the knife and are paying for the botox sessions by endorsing creams that claim to reverse the 27 signs of ageing. Thirty signs that you’re bullshitting, I say.

8. See more sensible movies. Gunda, Deshdrohi and Snakes on a Plane are amusing once in a while, but the trouble with watching too many bad movies is, before you know it, you start enjoying them, like really enjoying them. You forget that you started out poking fun at these kinds of movies, and you know you’re in trouble when you actually start wondering how Mithun da is going to be able to match up against the formidable and ‘always open’ Bulla. Another sign that you’re in deep shit is when you unconsciously start humming ‘gutar gutar’.

9. Search for the extremely good looking singles in my area that pop-ups on my browser keep telling me about. Seriously, where are they?

10. Get more people to read my blog. If you’re reading this, spread the word. [Promoted point]

11. Chuck that smartphone away and go to sleep before 12 midnight, at least on weekdays.

12. Get better at writing, table tennis, and quizzing, in that order. <Insert your own non-work-related hobbies here>

Note: ‘Surfing the net / Watching TV’ DO NOT count as hobbies. How do you get better at browsing the internet, by getting a better broadband?

13.  DO NOT FORWARD RUMOURS BEING PASSED OFF AS NEWS ON WHATSAPP/FACEBOOK etc. There’s a reason why newspapers and websites dedicated to news exist. So quit the temptation to forward messages that talk about GPS embedded chips in Rs. 2000 notes, UFO sightings in Jhumri Telaiya, and 30 feet tall humanoid skeletons. And while at it, stop forwarding and sharing “if you do not pass this message to 20 people you will die” or “comment with Amen” posts.

14. Ignore Kamaal Rashid Khan (KRK). Like Deshdrohi, he was fun for a while, but now it’s just sad. Your time deserves better.

15. Learn something new. Remember the time you bought a guitar to impress your crush? And how you abandoned it the day you found out that it was your face that was the problem and not your lack of guitar playing skills? Well, it’s time to remember the guitar and forget the girl. Dust it off and learn how to play it. Studies show that learning new things keeps the brain young. And maybe, just maybe, your face might have gotten better since then.

16. Learn to let go. To hell with the past, there are other (hopefully better) things to come. Accept who you are and what you want to do with yourself. You are not your job, you are not who your parents/spouse/children want you to be. Stop bothering with what other people, no matter how close or important, think of you. You are the star of your movie, don’t let the secondary actors take away your screen time. Accept the fact that following latest trends, and forcible listening to the Billboard Top 20 do not make you cool. The traditional definition of being cool still holds true. Cool is not giving a damn about what others think of you, cool is about not pretending. So stop keeping a beard just because they seem to be in vogue. Okay, maybe I should cross out #3, I am still cool, baby! Okay, #5 too.

That’s it, boys and girls. I hope you have enjoyed reading this list. May we stick to our resolutions.
Happy new year in advance people, let’s own 2017.