Watching Pujara bat is rarely a pleasant sight - it’s a painful reminder of the attributes he lacks as an international cricketer.

He lacks the flair of Kohli, the hunger of Smith, the talent of Rohit, the flamboyance of KL Rahul - the list is long. And one might even include a certain gentleman to whom Pujara is often compared to; let’s face it, Pujara doesn’t hold a candle to Dravid in terms of technique, nor does Pujara have the ability to amp up his game when the occasion demands, something Dravid mastered in the later years of his career.

It’s been six years since Pujara last donned the Indian colours for a limited over game, likewise for an IPL squad, and his rather mediocre run in both formats pretty much rules out a future call.

Since the recently concluded series, Pant (rightly) got the kings share of the acclaims, and while Pujara’s exploits were celebrated, we don’t see a smiling Pujara in full-page newspaper ads, or peeping out from television screens, goading you to buy a certain brand of aerated drink or cell phone.

I can imagine his manager (if he has one), telling him to be more ‘visible’, silently wishing that s/he signed up with a different cricketer - someone more exciting, someone who hits sixes, someone who is seen with Bollywood starlets; if nothing else, known to make controversial quotes or be meme-worthy - “aaj main karke aaya” types.

But Pujara is Pujara.

His most controversial statement might be the time he rued that he hadn’t been given enough opportunities in white-ball cricket, but even that is an exception, he largely remains silent, non-reactive, non-controversial, even boring.

And ironically, it is the last quality that has ensured that he is one of the players whose spot in the Test XI is fixed and beyond any speck of doubt; something that Rohit Sharma and KL Rahul, despite their talent and flamboyance, are yet to achieve.

In the Brisbane test, many Indians would have breathed a sigh of relief when Pujara finally fell to Cummins, with him gone, the task of getting 100 runs from 20 overs looked more achievable.

Or did it? Despite Pant’s heroics, let’s not forget that in the 17 overs that it took from Pujara’s departure to India reaching the target, three wickets fell – the tail was well and truly exposed and had the Australian attack not been as worn out, it probably could have gone either way, and that brings us to Pujara’s one redeeming quality.

No one in world cricket today can boast of resilience that matches Pujara’s.

It is an unsexy quality in the 21st century - whether on the cricket field or outside of it; we are more used to seeing brilliance in terms of raw skills, overnight rags to riches story, we admire pot-smoking tech-billionaires with a penchant for tweeting at odd hours – no wonder we can’t relate to Pujara. The man sticks out like a sore thumb in an era where loud, cocky, larger-than-life figures are what sell. He makes batting look like a task, an uncomfortable one.

He isn’t the player you would go to when the team needs forty runs in two overs, his shots won’t elicit the oohs and aahs, no one would pay to watch him bat, I doubt if any youngsters aspire to bat like him, and yet if you think about it, he has been the decisive factor behind the historic two series wins in Australia.

In the recently concluded one, his runs tally was barely impressive, but a look at the balls faced column and one would appreciate his role in the 2-1 series victory.

Pujara single-handedly blunted what was being touted as the best bowling attack at their home. He took blow after blow and remained standing - wearing out Cummins, Starc, Hazelwood, and Lyon, so that when the other batsmen faced them, they faced weary shadows of the bowlers who usually breathed fire.

And just to put things in perspective, let me remind you that Australia was wary of Pujara from the very beginning of this series (he was the highest scorer in the 2018-19 edition), they clearly remembered the punishment he had handed out last time around and the Aussies claimed that they had done their homework and worked out a plan to neutralise Pujara.

And so Pujara went to task and curbed his instinct to play the pulls and hooks, preferring being hit on the head, chest, back, ribs, and almost every part of the anatomy one can imagine, and refusing to give up his wicket no matter what came his way – the bouncers on the pitch and off it – including criticism for his low strike rates from experts.

But Pujara being Pujara didn’t pay any heed, and continued doing what he does best....just see through the spells, one ball at a time without taking any risk, making sure that he doesn’t get out.

He isn’t the maverick of the team, this team, in any case, has enough of them; he is content being the ordinary man amidst the superstars, toiling away and getting hit where others would have played attractive cricket and gone for the kill. He doesn’t represent the aggressive young India that we have been hearing about, the stump mic won’t pick up anything interesting during his long stay at the crease, in his case even the bat talks through extended periods of silences.

So let the others take the glory, let the media have a different set of darlings, let his contemporaries be known as ‘the next big thing’ or ‘the most talented player’, Mr Cheteshwar Pujara I suppose is fine with that.

We will call upon him when he is needed again of course, maybe on a fifth-day track that behaves as it pleases or on the first session of a match where the more talented players have had difficulties in negotiating the bounce, and on those days we can count on Pujara being there, being boring, defending, getting hit, surviving, and somewhere along the way taking the match beyond the reach of the opposition - one ball at a time. 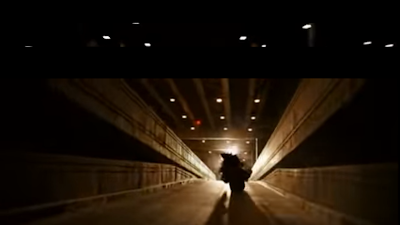