The response to this line has varied tremendously.

Even at 1 am which was the default time at which the prank calls were made, some asked who I was and why I was calling them, some simply hung up, and some were curious enough to ask about what the ghost looked like.

And there were a few who didn’t say anything, but simply waited.
Even as I screamed, pleaded, and eventually made gurgling sounds, they waited, and after I went quiet, they asked, finally unable to contain their curiosity.

“Are you still there, or are you dead?”

At this point I used to giggle and do my utmost best to mimic the voice of a 5-year-old girl, simply saying, “you’re next,” I  hung up.

I soon became a sort of celebrity in the hostel.

People expected new prank calls and encouraged by their response. I gave it to them.

There was the classic:- “I am getting bored. Chal baat kar na.”

You would be surprised at how many lonely souls I encountered who were willing to talk. Yes, girls too. Especially, girls.

A friend had actually dialled the number of his girlfriend on my behalf to see how she would react to that kind of a line, and after 40 minutes of intense discussion that was veering to, well, topics that didn’t please the friend, he cut the line.

As demand increased, we had to make calls during earthly hours, which wasn’t possible from the hostel, so we started visiting STD booths (the fans were always ready to bear the expenses). Calls to known people also increased.

This was the golden period of prank calls.

I would sometimes call a random number, and asked the recipient to guess who I was. They would make a few random guesses, and I would eventually declare that one of their guesses was correct. I would proceed to state that I had lost the number of one of the other persons they mentioned and asked for it.

I would then call up the said person, and claim to be the person who had actually given the number. This would be followed by...well, samples follow:

“Bahut himmat juta ke phone kar raha hu, bas yeh batana tha ke tujhse pyaar karta hu main. Haan, main ek ladka hu aur tu bhi. Par pyaar ka gender ke saath kya connection?” I have finally gathered up the courage to say this. All I wanted to convey was that I have always loved you. Yes, I am a man and so are you, but what does gender have to do with true love?

Of course, I would be lying if I claimed that all calls were successful. Sometimes people figured it out, and I had to listen to words that would make Virat Kohli proud (I attribute this to the then newly released TV show ‘Roadies’).

Sometimes people couldn’t figure it out and still abused me.

The RJ calls were very popular as well. It basically involved me pretending to be a radio jockey and asking the unsuspecting recipient to request a song. I would then ask him to sing it out. Some enthusiastic people needed no encouragement and immediately proceeded with the latest chartbuster, others were shy and had to be coaxed and cajoled to sing out a few stanzas.

I would then shut them up and called them terrible singers.
Oh, and I may have thrown in a few cuss words here and there as well.

Whenever I am asked how is it that I have been so successful as a prank caller, I always tell them the same thing - you have to love the process, be thoroughly prepared, and never lose your cool. You have to have a good sense of timing, and should be able to foresee possible responses.

But sometime in 2003 when I was at the peak of my creative abilities, technological advances almost put an end to my career.

More and more people were using cellphones instead of landlines. This wasn’t directly a problem as such because we were aware that people using mobile phones could tell the number from which calls were made, and I, as a matter of policy never called on/from cell-phones.

However, caller-ids on landlines were proving to be troublesome. And one could never tell which landline devices had caller-id. 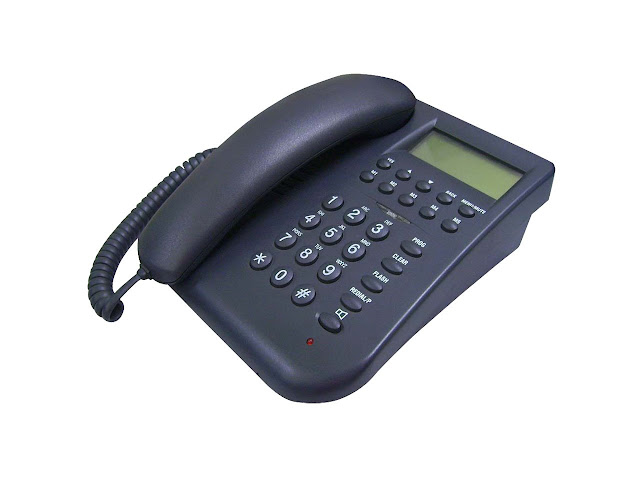 The risks increased, and STD booths were the only possibility now. And of course, Himanshu’s cell, the sole exception to my ‘no cell-phone’ rule.

But a brief background on Himanshu first.

Now, Himanshu’s parents (and everyone else) wanted him to be a doctor, and he was forced to take up the biology stream in class 11.

There was just one problem, Himanshu had, without informing his parents, switched over to the Humanities stream.

You might think he did this because he didn’t want to become a doctor, you might laud him for his courage and self-respect to do his own thing, but the reason he switched from biology to humanities was far, far, more noble.

Humanities section had the highest girl to boy ratio, and being a teenager whose only interaction with a female till date, apart from his maa-bhen, had been his kaamwali bai, he jumped at the opportunity.

Long story short, whenever we had to make an urgent prank call (yes, there is such a thing), and for some reason we couldn’t access a phone, we rushed to Himanshu.

- "Hand over the phone, boy.”
- “Please don’t do this....the SIM’s registered in my uncle’s name.”
- “Okay then...let’s see how your dad feels about your bright prospects in the humanities stream. You know that we have his address.”
- “Here you go...balance pura khatam mat karna”.

But all good things come to an end.

It was supposed to be a routine prank call, dial a random number, ask politely if the receiver’s daughter was there, and see where it goes from there.

It was 11pm, and Himanshu handed over his phone without much fuss.

A man who picked up the phone on the third ring. He seemed fifty-ish.

A slight pause, and then the said daughter said “hello?”.

Now as a veteran, I should have known this, the thing with female voices is, you can’t really tell the age.

- “Kaise ho?” How are you?
-   “Aap kaun bol rahe ho?” Who is this?
- “Bhool gaye na? Bhool gaye wo beete hue pal...bhool gaye wo haseen mulaakatein”
Have you forgotten? Forgotten the past so easily...forgotten the beautiful time spent together.

She let go of the phone and told her father, “Papa, it’s him again.”

And before I could realise what was happening, the papa was on the line again.

Needless to say, I hung up immediately, went to Himanshu and handed over the phone. He looked pleased, having gotten the phone back so soon. His happiness was short lived though, he came running to my room within five minutes. His phone was ringing.

“What have you done? Who the fuck did you call? I am getting a call from this number, and the guy says he is gonna kill me.”

We didn’t pick up the phone.

But he kept calling, and calling and calling.
Throughout the night, the next day, the day after that.
Himanshu finally switched off his phone and threw his SIM away.

We lived in terror, half-expecting cops to show up any minute and put us in jail; every time someone called out my name, I had a mini heart attack. Seventy-three percent of Himanshu’s hair turned grey overnight.

All my disciples and associates abandoned me, lest they be dragged into what was being referred to as the “Call-gate scandal of 2003”.

Nothing actually happened though, but I had had enough with this prank call business.

School got over and I went to college.

No one knew about my past, I didn’t mention it. I had become just another guy; my gift - rusting for want of use.

In the meantime, cell-phones became ubiquitous and I told myself that this was it, I couldn’t prank call anyone even if I wanted to.

As you may have guessed, I was wrong.

I made my final comeback on 2nd July, 2005. How do I remember the date?
Well, let’s just say that it was all over the news.


To be concluded in the next part....