It was the last class of the day, and Sauvik struggled to stay awake. He regretted picking the front row to sit on instead of his usual second last - he forced himself to focus on the whiteboard.

“Kalu” - he thought he heard someone whisper from behind. He was about to turn around but better sense prevailed.

This time he recognized Vivek’s voice.

He was wide awake now, and looked ahead at the Professor, trying his best to ignore the voices coming from behind.

Muffled laughter from the back, few of the girls had now joined in.

Sauvik waited for a few seconds before moving his desk, hopefully, they would stop bothering him now.

He knew that he was dark, but to be told of the fact every minute was uncomfortable, it probably would have been alright if the words being used were as decent as “dark”, but people were coming up with new synonyms and prefixes and suffixes every day, ranging from Kauwa to Alkatra, and he was fed up, and these guys had shown no signs of stopping. 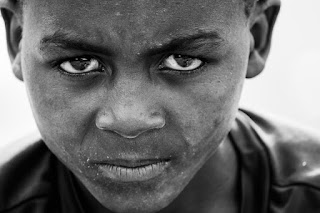 The jibes stopped for a while, and Sauvik had almost dozed off again when Manoj from the back whispered.

Manoj was loud enough for the professor to hear, but the old man let it go.

Encouraged, half the class laughed this time.

Sauvik silently swore, it wasn’t actually about looking at the board, it was about giving him a hard time, and trying to elicit a few giggles from the girls.

It wasn’t as if Sauvik hated these guys, in fact, most of them were his friends, but even during normal conversations, his ‘friends’ would find ways to bring up his complexion every now and then, he had become a laughing stock, the means for people to show off their creativity, how good they were at coming up with new names.

He hadn’t minded it initially, after all, most people had a nickname, he had even thought that it was a sign of his growing popularity, that he was going through an initiation process of some kind, painful…yes, but temporary.

But years had passed, and it was only getting worse.

Sauvik recalled the initial semesters when he was just ‘Sauvik’; not ‘Kalu’, not ‘Alkatra’, and definitely not ‘Invisible man’.
And of course, he thought of that fateful day when Yash had called out to him as ‘Kalu’, that day had changed everything.

How can I put an end to this? Sauvik thought.

Finally, after what seemed like an eternity, the bell rang and the professor, almost as relieved as Sauvik at the classes being over, quickly departed.

Sauvik was about to leave too, when he heard Pankaj, who was staring out the window and talking to no one in particular, “look at the clouds, almost as dark as Sauvik.”

Unlike the others, Pankaj wasn’t a friend, they had rarely spoken in all these years, and that too because Arnab used to invited him to their room.

“WHAT DID YOU JUST SAY BHENCHOD?”

The classroom went quiet immediately, everyone stared at Sauvik with their mouths open, some possibly entertained the thought of a fight.

In a flash Sauvik was standing before Pankaj, his hands rolled into fists. Pankaj managed to lift his own hands defensively, painfully aware that no one would come to his help if Sauvik was in a mood to get violent.

“BHOSDIKE..DO I LOOK LIKE A DARK CLOUD TO YOU?”

Sauvik had never sworn like this in college, being especially mindful of his language in front of girls.
But he didn’t care now.

Pankaj adjusted his glasses, and with the resignation of a man prepared to get beat up, provided the best possible response.

“But everyone calls you far worse things. Especially your friends, you don’t react like this. All I said was your name.”

The bastard was right.

Arnab meanwhile tried to take Sauvik away from Pankaj, “Cool down bhai, people are staring.”
Sauvik pushed Arnab away, “I am not doing anything. Besides, he is right, when your own friends treat you like shit, how can I blame a guy I don’t care about.”

Arnab stood embarrassed, unsure of how to react. Pankaj breathed a sigh of relief, happy that Sauvik’s attention had been diverted. Vivek whispered something to Sauvik, hoping to calm him down, but Sauvik wasn’t in a mood to shut up.

“I am making a scene? What were you doing when you called me Blackie in front of everyone? Oh, I am sorry, you were trying to be funny, weren’t you? So I am trying to be funny as well, I don’t see you laughing.”

Sauvik paused for a second. Suddenly becoming aware that none of the students had left the class. He felt his rage subside, replaced by a wave of sadness.

“Leave it yaar. It’s not your fault. Maybe I am an easy target. I can’t threaten or force people to stop calling me names, that’s not in my control. But there’s one thing I can do. I can stop being friends with people who get a kick out of making fun of me in public. I thought being friends meant being accepted for who you are, and things like complexion don’t get in the way. But – “

“Shut up and let me finish. Maybe I’m stupid, but I thought friends are supposed to be there for each other, to support each other during the tough times, but you guys, my so called friends are the ones who have been giving me a bad time, all these years. You know what? Fuck you, I am proud of my complexion, I don’t care what you think of it, but calling me names and making fun of me to make the girls laugh is not something that friends do. I didn’t have a say in choosing my complexion, not that I would change it anyway, but I do have a say in choosing who I am friends with.“

He took a deep breath and picked up his bag, on the verge of leaving, he turned around to look back at Vivek and Arnab, and spoke loud enough for the class to hear.

“Think about it guys, I mean it. If you make one more inappropriate comment about my skin colour or call me names, I am not going to talk to you anymore.”

With this he was finally done, he stormed out of the class and hurried back to his hostel room. Slamming the door shut, he bolted it, knowing that his roommates would soon be there.

He headed for the loo and stood in front of the mirror, he took a good, long look at the face staring back at him.

A face that was angry, hurt, and betrayed….but more importantly, dark.

He took out the fairness cream he had bought a week back and carefully started applying the cream to his face.

The damn thing was supposed to show results in two weeks time.